April Wrap-up and on to May

Well, this one will be super easy because I pretty much skipped the entire month of April! We moved across country and there was not much time for anything else except taking care of our odds and ends. So, I will be back this month (hopefully) with some new challenges!

Posted by Miranda | Mangoes and Chutney at 12:33 PM 3 comments

March Wrap-up and on to April

Since we last met, I:
Continuing on with my "Drink List", this month I tried:
Coffee Frappuccino - Tastes like coffee. Meh.  2 stars
Espresso Frappuccino  -  Worse than the coffee frappuccino. 1 star

My goals for April:

Posted by Miranda | Mangoes and Chutney at 7:00 AM 0 comments 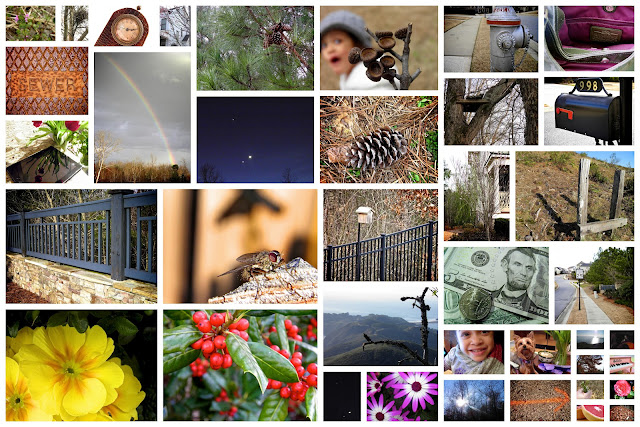 Posted by Miranda | Mangoes and Chutney at 10:17 PM 0 comments

February Wrap-up and on to March


Since we last met, I:
Continuing on with my "Drink List", this month I tried:
Nothing new - This month I went back to a few favorites.
About 65% of the list is complete!

My goals for March:

Posted by Miranda | Mangoes and Chutney at 10:33 PM 0 comments 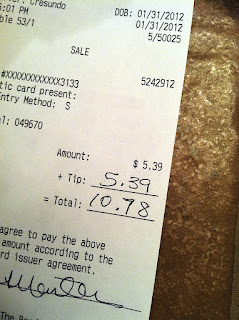 I know, I know - way to go out on a limb Miranda and leave a huge 100% tip! Well, I had to start somewhere, and it wasn't going to be on a $50 check. Not now anyways. But I thought this was the perfect time to accomplish this goal. It made me feel good though, because it was just me and my daughter in the middle of the afternoon at On the Border and since I still had to head home to cook dinner, I wasn't going to get anything. I ordered her a kids meal, and the guy was so nice and gave us free chips and salsa to take home.

I figured since most of the lunch tickets fall in the $20 range, this is the tip you'd get in that price range anyways. So, he was probably not expecting it and I am sure it started off his dinner service right. Paying it forward really does feel good! Maybe next time I'll work up to the $20 100% tip?

Posted by Miranda | Mangoes and Chutney at 4:35 PM 0 comments

What a better time to start a 365 Photo Project than at the beginning of the year? Also, let's face it, I don't have much time left if I want to include it in this challenge. So, January 2012 - new year, new challenge! At the beginning of each month, I will post my photos for the previous month. Enjoy! 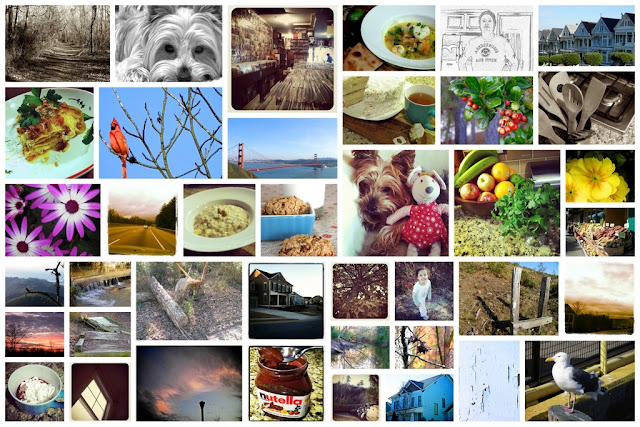 Posted by Miranda | Mangoes and Chutney at 12:54 AM 0 comments

Read: 'Heaven is for Real' 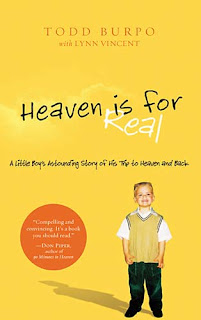 Heaven is for Real

by Todd Burpo, lands at number 3 on the book list. That means it was a top seller for 2011. This book was a very easy read - I finished it in 2 days. Grant it, I had a round trip flight across the country to do it in, but all the same. If you have not heard of this book, it is the story of a 4 year old boy who had surgery and went to Heaven and back. I know. Believe in God or not, this is an amazing story. If you have a strong faith, this will solidify it. If you are wavering a bit, then this will just make you think more about the possibilities. Either way, I think it is a great read, and the story is well told - by his father, Todd Burpo.

Posted by Miranda | Mangoes and Chutney at 12:15 AM 0 comments

January Wrap-up and on to February

Since we last met, I:
Continuing on with my "Drink List", this month I tried:
Cafe Mocha - Terrible. Like undrinkable. I added 2 Splendas and it became bearable. Never again. 1 star
Cafe Vanilla Frappuccino - I really liked this drink. Not sickeningly sweet like some of the others. 3 stars
Blonde Roast Coffee - This is the kind of coffee I like, mild and not strong at all. Great job SB. 3 stars
Green Tea Frappuccino - Just okay, had it with soy milk and it pretty much tasted like grass flavored soy. I would try this again with the regular milk. 2 stars
About 65% of the list is complete!

My goals for February:

Posted by Miranda | Mangoes and Chutney at 1:48 AM 0 comments 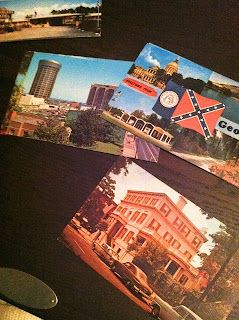 Doing this challenge really opens me up to a world of different websites that I have never heard of. Last week, I did #99 and wrote a letter to myself. This week, I write about sending postcards to strangers all over the world via postcrossing.com.

What's this all about?

You sign up to send postcards to strangers and also receive cards yourself - although you can request to exchange with the people you send to, it is not required. I have not received all 10 of my cards back yet (to make it fair, you don't get another one sent to you until one that you sent has been registered), but I have sent mine. Initially I said I would send 10 and then I could cross it off of my list, but this is pretty cool! I think I will send more to see who else I will receive cards from. Initially, I had no idea where to even get postcards anymore and I scored some from Etsy - but I recently saw some in one of those shops in the mall. Now that I know where to find some cards, I will definitely be sending more.

Posted by Miranda | Mangoes and Chutney at 11:06 PM 0 comments

#99 Write a Letter to Myself via Futureme.org

This is so spooky, but very cool at the same time. I just wrote a letter to myself...in the future. Okay. So how does this work? Hop on over to www.futureme.org to write a letter to yourself. You can pick any date - next week, next month, anytime within the next 50 years. Now don't be silly, if you are 60 years old, clearly do not pick the 50 year option.

For my first Future Me letter, I chose a 3 year time frame. There is a lot of stuff going on right now, and I want to see how it all unfolds. Here's the lowdown of the letter I wrote - to be delivered January 12, 2015.

Wow, there is quite a lot going on right now. The new year of 2012 just began and personally, I am working to really do something with my blogging/website career. I just got offered to be featured in a digital Atlanta magazine as an up and coming blogger. I am about to finish an e-book, write an e-course, start a video learning series and also launch a new healthy eating website. If all goes well, I will also launch a San Francisco city eats website.
San Francisco? Oh yeah, about that. I am not sure that is going to happen, but wouldn't that be a riot? Such a foodie town, it is perfect for me if I want to take my career in that direction. Jonathan is struggling with going out there for not the right amount of money, and who could blame him? Don't want to end up like the "starving actors" in California. If we go, we have to be happy too.
I am about to turn 32...whoa! With only one child, I really would like another - sooner rather than later, please. ;) By the time (I) you read this three years from now, maybe there will be a 2 year old running around alongside Reagan. She'll be almost 8 by then. 8? Really? That is tough to say. Well, as of right now, we are on the right track. Looking to pay off student loans, getting out of this house in Mableton, and looking forward to what 2012 will bring. Can't wait to go back and read this letter to see where I am three years from now.

So that's it. This will be interesting. Have you written a future me letter?

Posted by Miranda | Mangoes and Chutney at 12:05 AM 0 comments

Read a book and Watch 2 movies

#100 Take a picture for every letter of the alphabet

#98 Answer the "50 Questions that will free your mind"